It is rare to find such a small, yet wonderful museum like the Gippsland Armed Forces Museum in Sale, Victoria. Larger War Museums would love to have some of the items that this amazing museum has on display, especially with the stories that go with them from local servicemen and women of Gippsland.

This is a small, stand-alone, volunteer-run museum in Gippsland. It has a main focus on local Gippsland War Veterans and the impacts the War had on the area. The displays are made up of items purchased by the museum and so many amazing items donated so they can be shown to anyone willing to see.

Where is the Gippsland Armed Forces Museum?

The Gippsland Armed Forces Museum is located at the T.A.F.E campus out at Fulham right next to the West Sale Aerodrome and opposite the Fulham correctional centre (You will find signage as you drive along the Princess Highway Sale).

One of the best Gippsland Museums

The Gippsland Armed Forces Museum was established in around 2000 and was originally located right in the town of Sale Victoria. Due to the land being obtained by the government for a redevelopment the museum relocated out to the T.A.F.E campus.

Sale Victoria has had a long history with the RAAF. with the West Sale Aerodrome being the original East Sale RAAF base during WWII. The RAAF base was later relocated to the current East Sale base that is still operational today. Being out at the old base seems a fitting place for the museum to be in now.

What is the entry price to the Gippsland Armed Forces Museum?

For what you get to see at this amazing War Museum it is absolutely worth every single cent.

What are the Gippsland Armed Forces Museum opening hours?

What is on display at this Sale Museum?

You will find an absolute treasure trove of items on display at the Gippsland Armed Forces Museum. Everything from letters to medals awarded to local servicemen and women from Gippsland.

As you pull up you are greeted by three different, restored aircraft. Seeing them sitting right next to the runway was a sight! You can spend some time looking at them and taking photos before.

Inside the Gippsland Museum

I must say I was absolutely stunned at the number of memorabilia that the Armed Forces Museum has. Gippsland Armed Forces Museum specifically focuses on servicemen and women from the Gippsland area alone, I think that is why I was stunned. It really hit home how many small communities contributed to all the different war efforts over time.

Three rooms are filled with items that have been donated, gifted or on loan. The care and love put into all the exhibits are absolutely evident as you go from piece to piece.

There is an original engine that had been rebuilt by a local company that sits out the front of this Gippsland Museum. This engine had been used in the Steven Spielberg TV Show The Pacific starring Tom Hanks. Not bad for a little Sale Victoria business!

Where do the displays come from?

Some are donated by family after their family member has passed, some are given to the museum by an ex-serviceman or woman so people can see them and some have been acquired by the museum themselves. Many of the people that the exhibits are about have been extensively researched by the museum or the have the families input to make sure the information is as accurate as possible.

Who runs the Gippsland Forces museum?

So much pride and effort have been put into every piece that is displayed by a small number of committed volunteers. If you are lucky enough you may be able to spend some time with one of those wonderful volunteers. As I walked around all the rooms he was with me telling me how they got some of the items that are on show.

This amazing gentleman volunteer had my undivided attention and I was so glad he spent nearly an hour with me telling me so many personal stories that weren’t on the information boards. It is volunteers like him that make places like this extra special.

The story I liked the most was the one about the American pilot flying from Laverton to Canberra that went missing. Now you may think that this is not a Gippsland story but it turns into one. Aberfeldy, where the plane was eventually found, is out the back of Walhalla and is pretty rough terrain.

The pilot and aircraft were finally found in 1948 by a gentleman walking in the bush. At this point, the pilot’s remains were returned to Hawaii and classed as Missing in Action.

Decades passed until a gentleman by the name of Rick, (who is also now a volunteer at Gippsland Armed Forces Museum) took it upon himself to get the pilot the military funeral he deserved. After a long process of DNA testing, the pilot was finally laid to rest again with full military honours at Arlington National Cemetery.

It was this man’s dedication that got that pilot the honours he deserved. I am sure I could have spent hours there listening to every story that could be told and why it is one of the best things to do in Sale if you live here or you are visiting.

Do you have a Gippsland veteran family member?

If a family member of yours served in any of the Armed Forces, Gippsland Armed Forces Museum would love to hear from you. Keeping the memories of our region’s military service alive is important for future generations.

I thoroughly enjoyed our visit out to Gippsland Armed Forces Museum and I will be returning. I am so glad we visited and I think it is one of the best things to do in Sale for anyone looking for something to do.

Where to stay in Sale Victoria

Why not make a weekend of it in the Sale area. Visit the 90 Mile Beach, and some surrounding towns such as Maffra and Briagolong. Sale has a range of hotels for your stay. Check the map below.

We love our little museums here in Gippsland. They are great family outings or as we found out a great day trip without the kids. If you are looking for things to do in Gippsland visiting the Gippsland Armed Forces Museum should be on the top of your list on your next Travels in Gippsland Click through to our Gippsland Museums page for more places to visit in Gippsland

Some more travel inspiration for your next holiday in Gippsland

Mark has grown up and lived in the Gippsland area all his life. Being born and raised in Gippsland he knows a thing or 2 about this amazing region. When Mark is not working he is out exploring the best of Gippsland with his wife and kids

Welcome to Travels in Gippsland

Travels in Gippsland wants to take you on a journey through this amazing region. We will be highlighting the very best Gippsland has to offer. You will see towns to visit, places to swim and fish, museums, camping, food and drink. We will give you a reason to visit Gippsland today 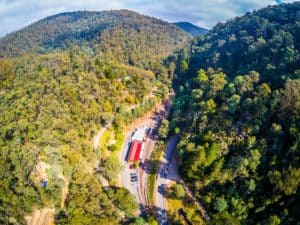 Wyld Family Travel is a participant in the Amazon Services LLC Associates Program, an affiliate advertising program designed to provide a means for us to earn fees by linking to Amazon.com and affiliated sites worldwide